The project is funded under LIFE, the EU’s financial instrument supporting environmental, nature conservation and climate action projects throughout the bloc.

The project aims to remove “barriers posed by standards” for flammable refrigerants in RACHP applications. It also seeks to increase the “availability of suitable alternatives” in those areas, by improving system design to address flammability risk and encourage the use of climate-friendly alternatives to fluorinated gases.

shecco is proud to join efforts with leading experts in the field to raise awareness and remove barriers for the safe use of flammable refrigerants such as hydrocarbons. We are confident that LIFE FRONT will have a positive impact in facilitating the expansion of natural refrigerants in the European RACHP market, and create a positive ripple effect for other regions beyond Europe.”
– Alvaro de Oña, Group COO, shecco

To achieve these objectives, LIFE FRONT proposes a methodology to combine existing and new evidence for a safe and proportionate use of flammable refrigerants, to transfer theoretical analysis into applied research, to apply risk mitigation mechanisms to real-life RACHP equipment, to influence on-going standardisation processes at the EU and international levels, and to remove knowledge barriers among major stakeholder groups.

The project is led by shecco, in coordination with five more partners including AHT, ait-deutschland (AIT), the European Environmental Citizens Organisation for Standardisation (ECOS), HEAT, and NIBE. The project began in mid-June 2017 and work will continue until end-July 2020. 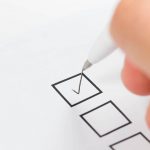