An international standards revision to increase the charge limits on using hydrocarbons in HVAC&R systems should expand the market for these natural refrigerants, according to new market research conducted for LIFE FRONT.

The report found that standards limiting the refrigerant charge size and a lack of trained technicians are slowing down the uptake of hydrocarbons for RACHP applications in Europe. According to the research, industry is anticipating the implications of the F-Gas Regulation (EU) No 517/2014. The report reveals that a standards revision for these systems is helping to improve system design and trigger research on the ignition causes for flammable refrigerants, encouraging manufacturers to invest in the development of systems using higher charges.

Based on an online survey of almost 500 HVAC&R experts, and interviews and quantitative data collection from leading European HVAC&R manufacturers, the report analyses the market availability of non-fluorinated flammable refrigerant products and the impact of standards on that market.

According to a majority of survey respondents, for RACHP applications hydrocarbons represent an energy-efficient and low-GWP alternative to hydrofluorocarbons (HFCs). The entry into force in 2015 of the new EU F-Gas Regulation, which requires a reduction in HFC consumption of more than two thirds by 2030 compared to a baseline of average levels in 2009-12, the market for hydrocarbon-based equipment is expected to see vibrant growth in the coming years.

The review of existing safety standards demonstrates that the primary barriers to flammable refrigerants in these standards are mainly related to refrigerant charge size limits, which limit the ability of systems to provide the desired cooling capacity.

Efforts to review the current charge size limits for flammable refrigerants are underway within several European and international standards relevant to the refrigeration, air conditioning and heat pump (RACHP) sector. Nevertheless, the process is lengthy and the timelines for review are unclear in most cases. The development of requirements is in general much more advanced for A2L refrigerants than for A3 refrigerants (hydrocarbons).

Out of the three applications considered by the report (heat pumps, commercial refrigeration and air conditioning), the number of hydrocarbon-based display cabinets in supermarkets is around 2.5 million globally. According to the data collected, there are more than 200,000 heat pumps and a similar number of portable air conditioners using hydrocarbons in Europe; nevertheless, respondents expected propane to see robust growth in the short term, especially for portable AC units

This finding can be seen as industry anticipating the prohibitions and growing HFC prices under the F-Gas Regulation, but also the expected standards revision to smoothen the transition to hydrocarbons within two years.

The report is available in the Downloads section. 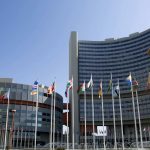 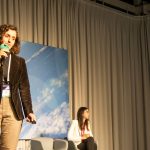